As the use of a fixed-term contract (CDD) is strictly governed by law (temporary increase in activity, replacement of an employee, execution of temporary work by nature, etc.), the fixed-term contract for defined purpose was fathered in 2014 to allow companies a temporary hiring within the framework of a specific project.

The fixed-term contract for defined purpose ends at the end of the project, but if there is no precise end date, the contract cannot have a duration of less than 18 months, and exceed 36 months and it is not renewable.

Mandatory mentions in the contract:

Beyond the compulsory clauses for classic fixed-term contracts, defined-purpose contracts must be adapted, in particular by the explicit indication that it is a defined-purpose contract, the precise description of the project for which it is being put in place as well as its foreseeable duration.
The contract also specifies the notice period upon arrival of the end of the contract or the continuation in permanent contract (CDI), the possibilities of breach of contract and finally the right to the payment of compensation equal to 10% of the total gross remuneration, in case of breach of contract on the initiative of the employer. 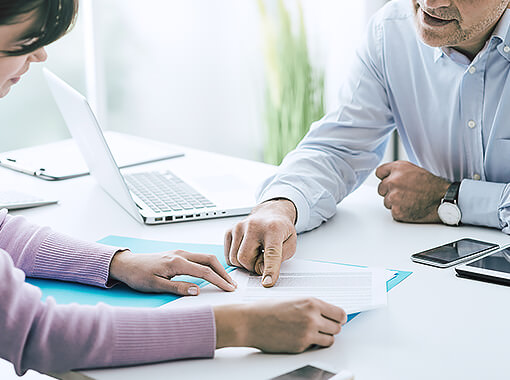 Give us the opportunity to meet you and we will talk about your business, your projects and how we can make your own environment more efficient.
Our success also and above all depends on the success of your business.

This website uses cookies to improve your experience while you navigate through the website. Out of these cookies, the cookies that are categorized as necessary are stored on your browser as they are essential for the working of basic functionalities of the website. We also use third-party cookies that help us analyze and understand how you use this website. These cookies will be stored in your browser only with your consent. You also have the option to opt-out of these cookies. But opting out of some of these cookies may have an effect on your browsing experience.
Necessary Always Enabled
Necessary cookies are absolutely essential for the website to function properly. This category only includes cookies that ensures basic functionalities and security features of the website. These cookies do not store any personal information.
Non-necessary
Any cookies that may not be particularly necessary for the website to function and is used specifically to collect user personal data via analytics, ads, other embedded contents are termed as non-necessary cookies. It is mandatory to procure user consent prior to running these cookies on your website.
SAVE & ACCEPT